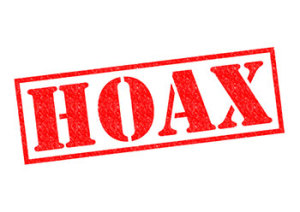 By now most people I know are familiar with the caller who claims to be calling from “Windows” and wants them to remove security files from their computer. There is a set script and over the years the only time I’ve found that they waver from it is when goaded – although the smart ones just hang up and move to the next number.

We’ve had a number of these in the last few weeks and my son is getting fairly well practiced at playing along until he gets to what he thinks is a hilarious punchline. I should probably stop him but I lack the will.

Needless to say – if you get the call, don’t make any changes to your computer.

If challenged they can’t tell you which computer in the house is causing the problem, yet they have your phone number. They fail at the first hurdle.

So the question that has to be asked is who is making money out of this? Because I’ve never heard of anyone owning up to being ripped off by them (unlike the Nigerian Oil/Investment scams where the victims are reported in the news) I can only assume that those they do hoodwink are so technically unsophisticated that they don’t have important info on their computers anyway.

Which leads me to think that there is some “HotShot” out there selling a “package” to the sorts of people who are susceptible to Get Rich Quick schemes and don’t mind breaking laws in foreign lands.

They pay upfront, hire the call centre, rope in their friends and family and start making calls.

Eventually the operation fails because they simply run out of money and the HotShot is nowhere to be seen. Our phones go quiet for a while until the HotShot finds his next victim.